We hang by a thread

Imagine how big the universe is for a moment.

Imagine yourself. How big your own life is. You've done a lot in your life. Gone through the education system, which seemed like an eternity. Watched many television shows, gone to special events, had many friends, lovers and met many people. You probably took a profession that required you to spend what seems like half your life learning the skills necessary so that you could do what you consider to be your best. Or maybe you choose a different path.

Now consider the people you know. Perhaps you've met about 10,000 people in your life. If you think about how many people that really is, that's a lot. But in the grand scheme of things, that's only 0.001% of the world population. Every single one of those people that you've met in your life has their own story, goals, experiences and philosophy and beliefs that are their own. But even if you thought of the 10,000 people you know as one single consciousness. It would still take 600 of those conglomerate people's to equal the number that it would take to equal a city like New York, Mexico City or Tokyo. And it would take 1000 of those cities to equal the world's population. Hopefully now you get a grasp on the amount of people and conscious beings and opinions that exist on this single planet that we call Earth. This is no small world after all. Its huge, with a huge population. In Roman times, it may have been possible to meet all 200 million people in the world, but now that's physically impossible.

Now consider something that threatens the entire world and its populace. Take your pick: Something initiated like Nuclear war or massive biological weapons or another plague. Or maybe its something that builds up unexpectedly like Global Warming, a resource crisis or maybe even an Artificial Intelligence takeover. Consider the number of people that these threats affect, or at least that people think they affect. These are huge threats that affect more people than you can imagine, not just you and me. Its baffling.

But yet, with all these people, we still hang by a thread. The Earth is indeed small, but only when compared with the rest of the universe. 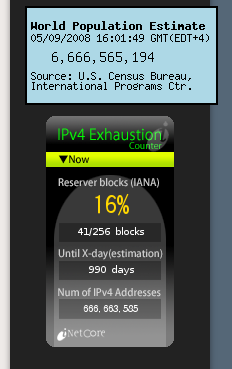 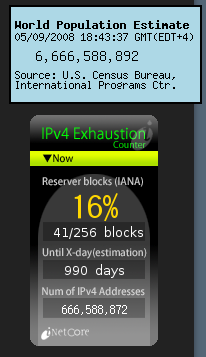