Ok, I'll admit, I'm not much of an artist, but I enjoy doing it and isn't that the point? When I spend time on a piece I think that the outcome isn't that bad.

Hey, why not? Surprisingly, I can't find anything else on the web having to do with 1 dimensional art.

Meteors Heading Towards An Ocean

The Light At The End Of The Tunnel 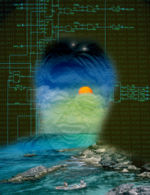 My first dabbings into digital 2D art where on the Amiga using Deluxe Paint. I made an animation of a car, a house, a logo for a BBS and so on. I really started to get interested in 2d after I discovered Photoshop in 1996 and really learned about it in a class I had in 97. Then I discovered Gimp. Gimp, being open source, had a lot more to offer and less constraints on what I could do.

"Going Down" made in Blender 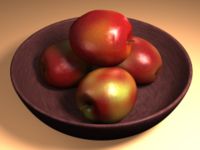 "Apple Still Life" made in Blender

I think I've been intriged by 3D raytraced images since I first saw Tron at the drive-in when I was 6. When my parents bought an Amiga in 1990, one of the first programs my dad bought for me was Imagine, an early 3d raytracer. I never made anything spectacular with it and all my images are locked away forever on old Amiga floppies. But I learned a lot about how rendering works. 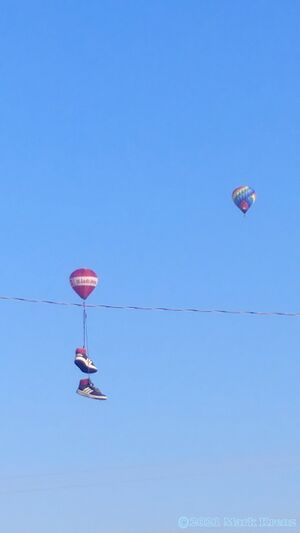